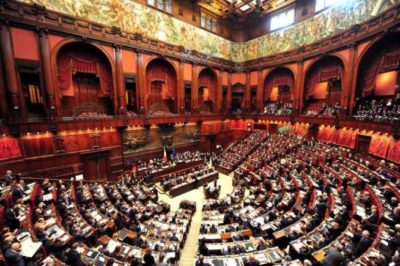 No opening or rather the total closure by the opposition to the proposed amendment dell’Italicum that the prime minister, Matteo Renzi, has put on the table of the Democratic Party leadership.

The secretary of the Democratic Party has proposed to open after the outcome of the referendum of the constitutional 4 December a discussion in committee in the House of the four possible changes: ballot, list of prize or coalition, election of deputies and senators on the choice of the new Senate.

For the Movement 5 stars “Renzi and ‘total disarray” and “just to try to keep the good more and more’ numerous members and voters that the Democratic Party will vote No in the referendum, open to the possibility ‘to change the Italicum”. A law election, said Luigi Gaetti, group leader in the Senate, “wanted by the Democratic Party and Renzi, approved, even with the confidence and now, without having been never been used, which must be changed at once, by chance ‘cause would contribute to winning the 5 Star Movement “.

Renato Brunetta, chairman of the Members of Forza Italy: “Renzi has put three times the trust on the electoral law and now as a seller of pots say ‘offer’ and calls into question everything,” he writes on Twitter, where he adds: “it is splitting the party of premier, Renzi has split the country and is also smashing his Democratic party” that “today, and ‘died and no longer exists’.”
Roberto Calderoli, a senator of the League and vice president in the Senate, urges MPs of the Democratic Party to the rebellion:

“If the secretary of my party had said, and he behaved as he did Renzi today, slapping her
interlocutors, and promising all ‘dead father’, I would have got up and I’d be gone, resisting the strong temptation to take it to throwing tomatoes “. And again: “Tirino out the attributes and should send to that country once and for all.”