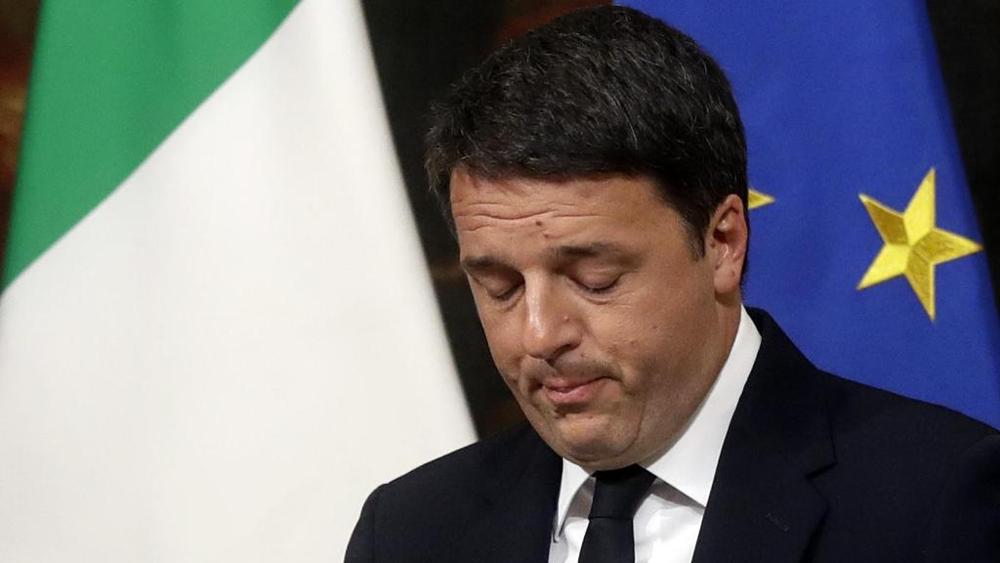 Share
Tweet
Share
Share
Email
Comments
It ends after the 1017 days of Matteo Renzi government. Arrived at Palazzo Chigi in the wake of the victory in the Democratic primary, leaves swept away by a victory “extraordinarily clear” No to the referendum on constitutional reform which he had linked his political fate.
Go away “without remorse”, the prime minister, convinced that he had “done all that was possible to do at this stage.” It summarizes in a joke: “I wanted to cut the seats, do not have it made, the chair jumping is my”. Why, also claims in the most difficult moment of his political career, and assuming the responsibility for the defeat, “I do not have like the others: in Italian politics I do not ever lose anyone, I’m different, I lost and I say this out loud even if the lump in my throat. ” And then tomorrow afternoon, is the timing shown by the Renzi and announced to Sergio Mattarella in a phone call before you show up to the press, it will be called the last of the CDM Renzi I, and then to the Hill to resign in the hands of the President. Which then it will be up later decisions, knowing that “Italy can count on the sure and steadfast guidance.” Meanwhile the “crisis in the dark” – as it was called in the event a few days ago – you can find a solution, the
Government “will work to complete the process of a good law to ensure stability and full commitment to the territories affected by the earthquake.” But for sure, “as is evident and obvious, the experience of my government ends here.” And without showing regret for the choice of the referendum, in fact: “I am proud and proud of the opportunity that Parliament, at the suggestion of the government, gave Italians.” And on the day of defeat, Renzi does not waive his optimism: “A battle,” he says pointing is lost voters and militants Yes, but “there will come a day when you’ll be celebrating a victory.” Of course, “there is anger, disappointment, bitterness, sadness, but you have to be proud of: playing politics with someone is easy, doing politics for something is more difficult but more beautiful.” And this sentence promises to be the challenge that Renzi throws at the front of No, to what he called “hodgepodge”: “The leaders of the No my congratulations and best wishes in the interests of Italy and Italians.” Because victory in the referendum “to the leaders of the No delivery charges and honors, beginning with the proposed election law: it’s up to those who won to advance serious and credible proposals.” The departure from the Chigi Palace Galleons room is embraced his wife Agnes, who thanked “the effort of these thousand days.” And ‘thanks to my sons and to all of you, “he said to journalists. “They were one thousand days that are flown, for me it’s time to get back on the road,” he concluded. And what are the next steps, it remains to be seen. The direction of the Democratic Party will meet on Tuesday to assess the “policy initiatives” following the defeat. Meanwhile, the secretariat Pd clearly refute the possibility that Renzi will step down as well in charge of the Nazarene:
“Absolutely not”. But with a size of such a clear defeat, we must also understand what will be the holding of the Democratic Party parliamentary groups, and even – on the basis of the electoral law that profilerà horizon – whether to bet or not to vote in March, with a government order for which continue to circulate the grease names and Padoan. Meanwhile Renzi to raise the bar to the front of No, “the burden of credible proposals.” Witnessing to the divisions already emerging, with the Five Star claiming elections immediately with the Italicum, along with the League, and a piece of FDI Fi, with Berlusconi who recently had instead repeatedly called for a table for the electoral law, with the left to the No which also asks to rewrite the election law.