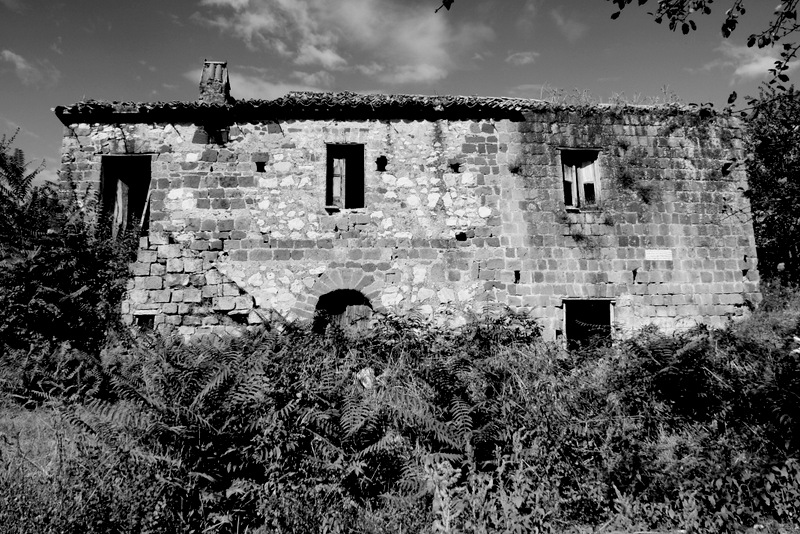 In October 1943, for strategic reasons, the Volturno river became decisive for the realization of the German defensive plan that provided for the construction of a defensive line, (Gustav line) to delay the advance of the allied army to the north.

To allow the setting up of the defensive barrier and complete the fortifications, especially in the area of Cassino, Kesselring organized a strong resistance along the Volturno exploiting the bad weather conditions.

The Allies cross the Volturno and conquer the town of Caiazzo

The river is a real natural obstacle because the long rains create periods of flood and make the surrounding land impractical. There were fierce fighting between the Anglo-American troops and the Germans who had lined up along the northern bank of the river, with the intent of defending the defensive line. The attack of the Fifth Army against the lines of the Volturno began the night of October 12th and, after two days of hard fighting, the Allies managed to overcome the river and conquer the city of Caiazzo, a bulwark for the resistance of the Germans who had organized an effective defense consisting of rearguard units scattered along the ridge of the hill.

While the Allies were about to cross the river, on the evening of October 13 a handful of German soldiers, led by the young lieutenant Wolfgang Lehnigk–Emden, who occupied a house used as a command post on Monte Carmignano, a hill overlooking the Volturno valley , killed the inhabitants of a cottage, who had taken refuge to escape the bombing. It was a massacre.

“Among the victims, fifteen were women and children, Mariangela, the youngest, was three years old, one of the women killed was pregnant”

Two whole families were annihilated: four men, seven women and eleven children. The victims were defenseless civilians suspected of having sent light signals to the Allies. The Germans massacred them with bursts of machine guns and then tore their bodies apart. 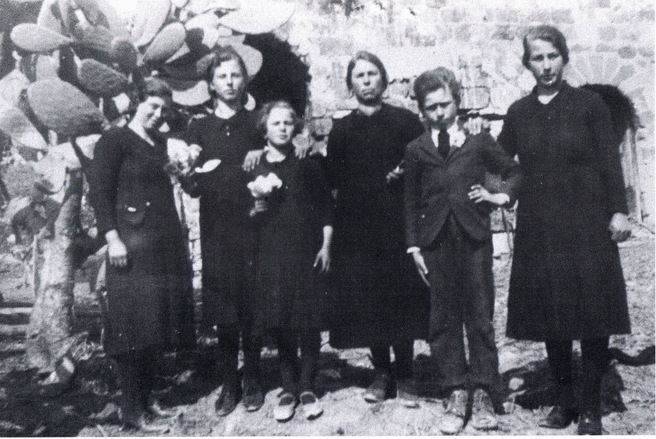 Some victims of the massacre of Caiazzo, photographed in front of the cottage a few months before the massacre.

The next day the Americans overcame the German defensive line on the Volturno and occupied the town of Caiazzo. With them came the American war correspondents who documented the terrible massacre. William Stoneman, of the Chigaco Daily News, climbed the hill, on the outskirts of Caiazzo, and after ascertaining that it was a massacre, began to tell the Americans that some Germans retreating to the front of Cassino had killed women and children, leaving the bodies huddled next to the cottage where they had taken refuge.

In his long correspondence he told of having spent the most painful day of his life collecting the «worst experiences that can be done in an entire life».

Stoneman informed the US military intelligence service of the incident and began to gather elements capable of identifying the department of belonging to the German troops. 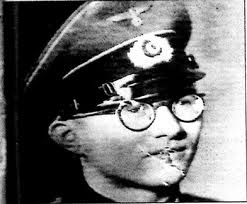 A few days later, the US military captured a group of German soldiers from the third company of the 29th Panzer Grenadier Regiment, including the head of the massacre: Wolfgang Lehnigk-Emden, a 21-year-old lieutenant.

Led into the prison camp of Aversa, the Wehrmacht officer confessed to having ordered the expedition to Monte Carmignano and ordering his soldiers to kill civilians.

Emden was taken to Algiers in an American prison camp to appear before a commission of inquiry, but in August 1945, in circumstances never cleared up, he managed to return to Germany.

In Italy nobody knew the name of the person responsible for the massacre and the details of the investigation, conducted by the military secret service, since the Command of the Fifth Army had communicated not to “transmit the results to the press” to avoid reprisals against American soldiers.

But Stoneman knew the results of the investigation perfectly, and when he was appointed as a war crimes assistant to the UN Secretary-General, he inserted the name of Emden into the list of war criminals.

The American war correspondent solicited the US Department of War to allow the capture of the person responsible for the terrible massacre, sending part of the documentation collected by the American commission of inquiry.

After an internal investigation, the Americans realized that they were unable to identify the prisoner of war who had meanwhile managed to return to Germany. In July 1946, the United States Department of War sent the dossier on the massacre to the Italian government, avoiding any involvement of the American authorities responsible for not delivering the criminal to Italian justice.

So Stoneman addressed the Italian authorities directly: on 10 March 1949, he wrote to the Foreign Minister Carlo Sforza, informing him that a war criminal responsible for the massacre of Caiazzo had been repatriated and not handed over to the Italian magistracy.

«Dear Count Sforza, I turn to our knowledge in the difficult days of 1943 and 1944 – Stoneman writes – to ask your help to find out if and what has been done to punish and arrest Lieutenant Wolfgang Lehnihk-Emden, that young brute German who was responsible for the killing of over twenty Italian civilians in Caiazzo ».

The Ministry of Foreign Affairs, after having activated a procedure to verify the facts and transmitted the documents to the Military Prosecutor’s Office, decided not to trace the manager “in consideration of the delicate phase that the negotiations currently underway with the Soviet Authorities for the note question related to the alleged war criminals detained in Italy and requested by the USSR government “.

The Ministry of Foreign Affairs and the General Public Prosecutor’s Office showed great concern over the fate of the Italian criminals requested by the USSR government and, in order not to compromise the ongoing negotiations with the Soviet authorities, they decided not to open the criminal proceedings against Emden.

The file was filed and concealed in a closet, at the Supreme Military Court of Rome that Franco Giustolisi, special envoy of L’Espresso defined Armadio della Vergogna. On the massacre of Caiazzo rose a blanket of silence and indifference. 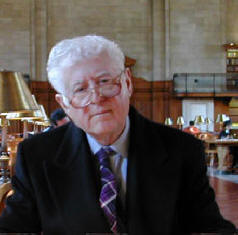 At the end of the eighties, an Italoamerican historian, Joseph Agnone, while studying the war on the Volturno, accidentally discovered in Washington the dossier on the Caiazzo massacre and sent the correspondence to the Italian magistracy.

“I was confronted by an elderly man, at the time he was 70, but still strong and energetic – the magistrate writes in the Diary of a public prosecutor -, he was limping slightly because he had been limping because of a war wound. He faced the interrogation with a glacial attitude, there was not a single moment in which this man was moved or betrayed a moment of emotion: he seemed impassive. It struck me very much his coldness in remembering the events of that evening almost 50 years earlier […]. He showed no displeasure, no kind of repentance. “

But on 18 January 1994 the Superior Court of Koblenz, on the basis of a ruling by the Court of Cassation of 1969, annulled the criminal proceedings against Lehnigk–Emden as the offense had fallen to prescription. Not only.

The German authorities did not grant the extradition by preventing the Italian magistracy from transferring the former Wehrmacht officer to Italy.

Wolfgang Lehnigk-Emden is codified to life imprisonment “in absentia”

Despite all the difficulties, the Court of Assizes of Santa Maria Capua Vetere presided over by Gianfranco Izzo, on 25 October 1994 sentenced to life imprisonment, in absentia, the former lieutenant of the Wehrmacht, Wolfgang Lehnigk-Emden and former sergeant Kurt Schuster.

«The overall evaluation of the elements acquired in the trial» – reads the motivation of the sentence – «allows to identify with certainty in the defendant Lehnigk-Emden the promoter of the criminal action, ie as the one who conceived it, took the initiative and he implemented it in competition with other soldiers offered as volunteers ». Yet. “This Court believes,” writes Judge Rosa Maria Caturano, “to legitimately claim that the criminal conduct of Emden and Schuster was such as to constitute an indelible ignominy for the same army to which they belonged.”

“Only for these people, who have passed an ideal relay, this story exists, and the few survivors have – for what it is worth now – the recognition of their great pain, the only possible compensation, I believe, and infamy falls on who even this tries to deny them: the right to pain, “wrote Idolina Landolfi in Le Monde Diplomatique – Il Manifesto 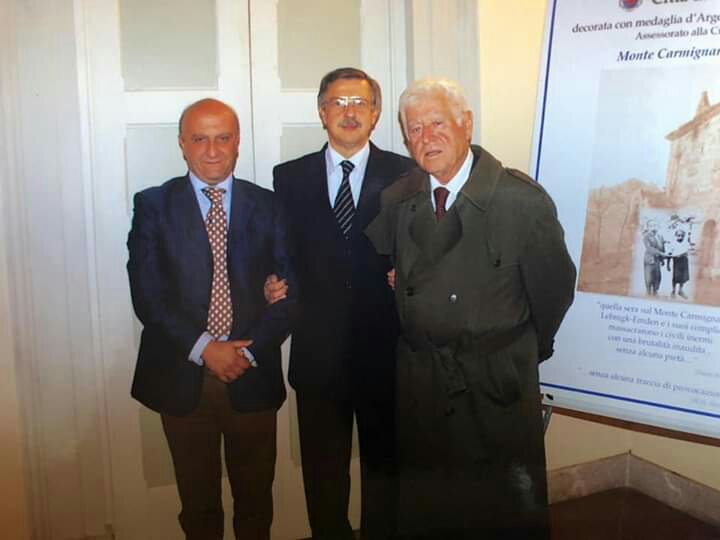 In the picture the Italian American Joseph Agnone, the Prosecutor Paolo Albano, the Mayor of Caiazzo Tommaso Sgueglia